To: The Shubert Organization 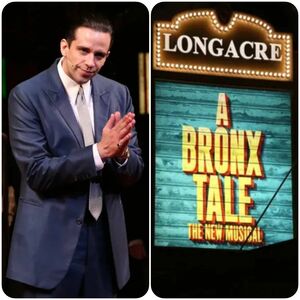 "A Bronx Tale, The Musical" was the last Broadway show Nick Cordero starred in. This musical set a record as the longest running musical in Longacre history. With the passing of this incredibly talented and beloved Broadway star, it is the perfect memory for him and his family legacy, to assure his name will always be in lights in the Broadway Community.