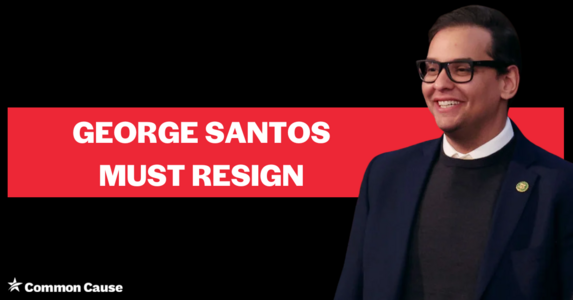 We deserve elected officials who we can trust. George Santos misled and lied to hundreds of thousands of voters.

George Santos deceived his constituents to win a seat in Congress – and we can't let him remain in public office. I am calling on him to resign today.

George Santos deceived his constituents to win a seat in Congress – and we can't let him remain in public office.

Santos lied his way into office, inventing stories about his family background, work experience, education, values, and identity – even going so far as to capitalize off of tragedies like the Holocaust, the PULSE nightclub shooting, and 9/11.

But national Republicans are rewarding his deceit – seating him on two committees. Kevin McCarthy even justified his actions by saying that “a lot of people” have lied about their resumes while running for office.

This defense is simply ridiculous. George Santos lied about nearly every aspect of who he was – and deceived every single one of his constituents to gain power.

If we don’t set a clear precedent now that this kind of dishonesty and corruption do not deserve to hold elected office, we’ll be giving a free pass to candidates to lie their way into public office – regardless of who they hurt in the process.