To: Mark Zuckerberg at Meta and Elon Musk at Twitter 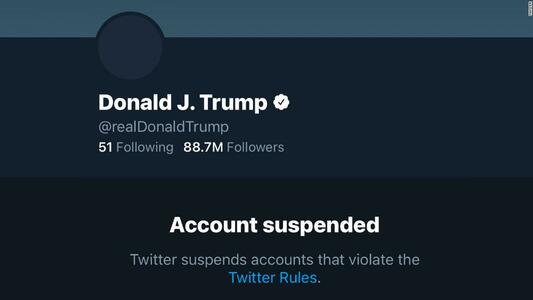 Donald Trump uses social media to spread lies that undermine democracy and incite violence. Facebook and Twitter were right to remove him from their platforms for the good of public safety. They owe it to their users, advertisers, and the public good to stand by that decision. Don't give Trump back a platform to promote hate and violence.

Facebook and Twitter both made the decision to remove Donald Trump after the deadly January 6 insurrection. He had propagated lies about the election results, sought to overturn the outcome and seize power, and stirred up the violent attack on the Capitol—which he then defended.

This followed years of him spreading vile, bigoted hate speech and dangerous disinformation. His years of harm were given wide latitude by the social media platforms as an elected official. But after January 6, they said enough was enough.

In the intervening years, Trump has continued to lie about the election results, share propaganda from white supremacists, and pedal QAnon conspiracy theories. And as the January 6 committee has made clear, his actions were part of an intentional, willful effort to hold power and overturn the rightful election of President Biden.

Now, Trump is in the news again, preparing for another presidential run. Facebook will face pressure to reinstate him as a public figure. And Twitter—under the ownership of the narcissist Elon Musk who has used the platform to attack Democrats and spread conspiracies himself—could give Trump back his megaphone any day.

It's imperative there are consequences for illegal and violence-inciting behavior, and for public figures to be held accountable for spreading conspiracy theories and disinformation online. Facebook and Twitter owe it to their own uses, their advertisers, and the public to keep Donald Trump off their platforms.