Pass the CLEAN Act for ethics in Congress 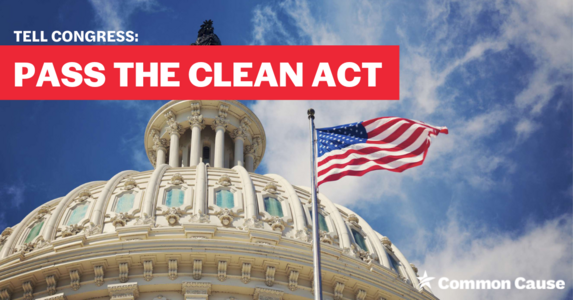 We need to hold our elected officials to the highest ethical standards.

Congress must pass the CLEAN Act to codify the Office of Congressional Ethics into law and give it real power to investigate and enforce consequences for misconduct.

The Office of Congressional Ethics (OCE) is an independent House ethics watchdog that Common Cause and others worked to create in 2008. It helped clean up corruption and make sure members of Congress were playing by the rules.

But right now, there’s no law permanently establishing this office. It only exists in the House rules package – and has to be reauthorized every two years as new House members are elected. It also doesn’t have subpoena power – limiting its ability to enforce any ethical standards.

The rules package passed by House Republicans last night weakens this office. The House has made it harder to hire staff at the OCE, and implemented arbitrary term limits that would immediately remove three long-serving Democratic ethics board members – risking decades of institutional knowledge, and majorly weakening oversight in the new Congress.

The CLEAN Act would codify this office into law – strengthening the OCE and giving it real power to investigate and enforce consequences for misconduct.