To: President Trump, The Supreme Court, Dept. of Justice 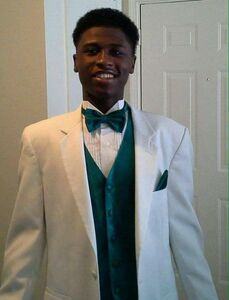 Darrius Stewart was an unarmed 19-year-old backseat passenger rider in a vehicle on the night of July 17, 2015, when former Memphis, TN officer Connor Schilling falsely detained him for not having any identification. Schilling drove Darrius to a church on Winchester Rd. where he brutally beat him, shot him twice in the chest & once in the back while in handcuffs outside of the church. Schilling's dashcam mysteriously disappeared, video surveillance camera footage from street lights, surrounding businesses surveillance footage, etc., weren't included in Darrius Stewart's Murder Case. Witnesses cells phones with video recordings of Schilling killing Darrius on 7/17/15 were taken by MPD & videos were edited, erased, etc., witnesses statements tampered with & documents altered throughout the investigation. Every year going on five years Darrius Stewart's Civil Lawsuit Case has been postponed without my knowledge or consent. This year the lawsuit was refiled in February 2020 against Connor Schilling without my consent leaving the city of Memphis, TN off of it. Why would I agree to refile a lawsuit against Schilling & leave his former employer ( The city of Memphis ) out? I asked why the city of Memphis, TN wasn't added on this new civil suit, I was told that ship had sailed. What? I asked them to file an amendment in order to get the city of Memphis, TN back on the civil lawsuit, I haven't heard from anyone since. My son was killed in cold blood & there's a cover-up that's been going on for too long to keep the truth about his death hidden. Darrius Stewart's entire murder/civil case needs to be reinvestigated, reopened, & heard within a courtroom. This is a miscarriage of Justice