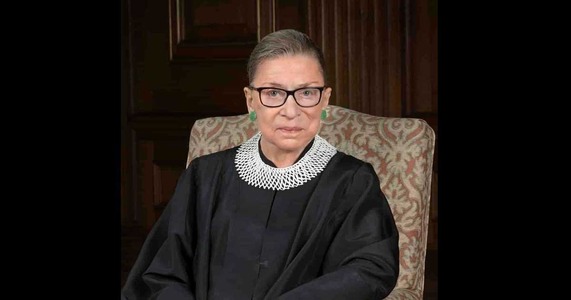 Donald Trump announced Amy Coney Barrett as his nominee for the Supreme Court of the United States.

He did this against Ruth Bader Ginsburg's dying wishes and before she has even been laid to rest, while some states have already started voting, and with hardly a month to go until Election Day. This is an obvious attempt by the Republican Party and Trump to control all levers of power in this country and hold leverage over the election's results. We cannot let this happen.

With less than 40 days until the election and voting already underway in many states, it's important that we demand all senators pledge not to move forward with any nominee until after the next inauguration.

Every senator from across the political spectrum must acknowledge the danger posed by rushing to fill Ruth Bader Ginsburg's seat so close to an election.

We all remember Mitch McConnell's blockade of President Obama's nomination of Merrick Garland 237 days before the 2016 election. The 2020 election has already started—with voting already underway in many states—and it would be a truly inexcusable act of hypocrisy and injustice for Trump and Senate Republicans to move any nomination forward.

Ruth Bader Ginsburg spent her life protecting women's rights and advancing justice for those disenfranchised by the political establishment.

Trump—who lost the popular vote by millions—must not be allowed to further demolish the American judiciary.

Many Republican senators have already committed publicly that they would not move a nomination forward in the event of a vacancy at this late date. We must honor Ruth Bader Ginsburg's legacy and hold every politician accountable to the most basic standards of fairness by demanding they not move any new nomination forward for a lifetime appointment to the highest court in the nation until every vote is counted and the inauguration is complete.