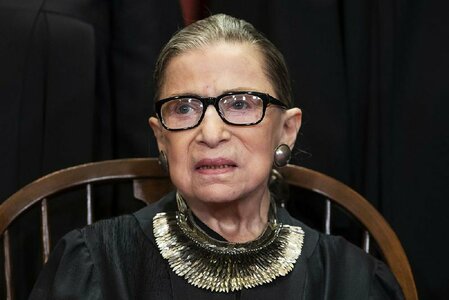 Senate Majority Leader Mitch McConnell must keep Justice Ruth Bader Ginsburg's seat open until past Inauguration Day, so that the American people may have a say in the makeup of their Supreme Court.

After the death of Justice Antonin Scalia, Senator Mitch McConnell stated, "Of course, the American people should have a say in the court's direction. It is a president's constitutional right to nominate a Supreme Court justice, and it is the Senate's constitutional right to act as a check on the president and withhold its consent." He held the seat vacant for over 321 days (between the date President Obama nominated Merrick Garland to the day President Trump nominated Neil Gorsuch).

It is only right that he respect the American people's choice in the court's direction. Senator McConnell must keep Justice Ruth Bader Ginsburg's seat open until after Inauguration Day 2021.