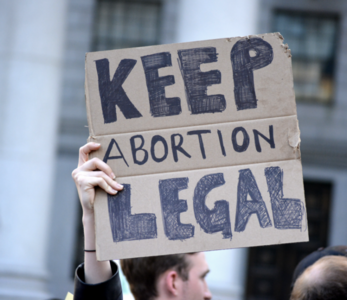 Pass the Women’s Health Protection Act to protect access to abortion for all Americans.

UPDATE: The Supreme Court's ruling in Dobbs v. Jackson Women's Health Organization strikes down the landmark Roe v. Wade ruling, and with it, the federal protection of the right to abortion.

Right now, extreme and cruel anti-abortion laws passed by GOP lawmakers in various states are going into effect because of this decision.

The Women’s Health Protection Act would stop the Republican onslaught of anti-abortion and abortion-restrictive legislation coming out of state legislatures across the country. It would block states from creating barriers to care and would protect health service providers' ability to offer abortion care. It passed the House in 2021 without a single Republican vote but failed to pass the Senate.

Sign our petition now and tell the Senate to protect an individual’s right to choose—and eliminate the filibuster to allow this popular, bipartisan bill to pass.