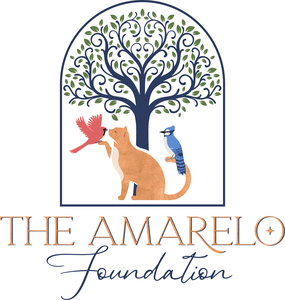 Veterinarians and animal hospitals need FDA approval of FIP treatment drugs to give cats and their families a fighting chance against Feline Infectious Peritonitis. Currently when a kitten or cat is brought in with FIP related symptoms, the protocol is to run endless testing that hopefully rules out other medical conditions in hopes of it being a treatable illness and not FIP. This testing spends precious time that these animals can't afford to lose, and most of the time these results aren't available until the animal is already deceased. If FIP is confirmed or suspected while the animal is still alive, the veterinary communities only option is switching to preserving quality of life while the animal quickly and painfully succumbs to their illness. These options include administering oxygen, keeping the animal warm, and injecting them with salines and IV drips, which all have no ability to treat the illness or reverse any of the effects. This route becomes financially impossible for most pet families, and the end result almost always ends in fatality. Veterinarians are aware that cats diagnosed with either wet or dry FIP have responded positively to Remdesivir, and it has been shown to have the ability to not only turn symptoms around in a matter of days, but also cure animals completely after only a few months of treatment. Currently this treatment is not available in the US and is leaving cat parents with no options for their loved ones. There are currently thousands of FIP cases that were successfully treated with this drug around the world, and would provide the FDA with enough clinical data to be able to approve this treatment in the US. Feline Infectious Peritonitis is currently seen as a death sentence for cats diagnosed in the US, however FDA approval of this drug has the ability to save countless animals each year and will empower the veterinary community to give these cats a fighting chance at living their best life.

This past year we lost our beloved "Chunks" Amarelo only days after he began showing symptoms of FIP. Chunks was a happy and loving kitten from the moment he became a member of our family. During his first yearly checkup, Chunks was found to have needed a tooth extraction and routine cleaning which we brought him to a week later. Over the next few weeks Chunks was recovering from his surgery at home, and only showed very limited signs that he was in pain. We attributed this to the tooth extraction, and his veterinarian prescribed pain medication. We found out much later that this was not due to his dental procedure and was something much more serious. One night we noticed Chunks had taken a serious turn for the worst and his entire body turned yellow with jaundice. We rushed him to the hospital where they took a deposit of several thousand dollars for treatments, and ran our kitten through countless tests and examinations. After 3 days in the animal hospital, thousands of dollars in testing and failed treatments, and with test results still days away from being available, the doctors began discussing euthanasia. This was all before the doctors even had a confirmed diagnosis of FIP. The doctor informed us at that point that they ruled our cancer, and that even if the tests came back positive for FIP, he would ultimately pass away from the illness. We could not simply give up on our baby, so we took the next few hours to research treatments or cures for FIP. We asked the doctor about Remdesivir after reading about its success online, and she admitted that while the veterinary community knows of its success, its not FDA approved and not something they had access to or could administer. "Chunks" Amarelo passed away a few hours after that conversation. We now know from our research that if the Remdesivir treatment was available immediately when we arrived at the hospital and if it was given to Chunks on his first day there with his symptoms, he most likely would still be with us today. The moment Chunks heart beat for the last time that night in our arms, we realized that The Amarelo Foundation needed to be formed in his memory to give cats around the world a fighting chance at beating this terrible disease. While we still to this day are not completely sure how Chunks contracted the virus, we now know that the most important work is to focus on prevention and successful treatment. This all starts with FDA approval of Remdesivir for cats with FIP, and this is our mission!