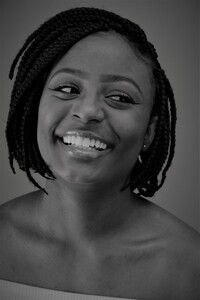 Domestic Violence is a serious crime committed daily. Sadly when an abuser is arrested, most of the time they only serve a little time in jail, if that. And is later released back into society to commit the same crime repeatedly. Unfortunately, a lot of the victims of domestic violence return to their abusers for many reasons, be it psychological, emotional, etc. When this happens, those relationships are likely to end in death or serious harm to the victim. Or in some cases, the returned victim might take actions by defending themselves.

"Behind every action is a reaction." -Newton's Law

Terra and her then boyfriend had been in an on and off relationship for about two years. On the surface their relationship appeared normal, but there was the domestic violence in the background. After their brief breakups, there's been the usual showering of gifts and sweet words to lure her back in. Sadly, this worked each time.

On Sunday, November 20, 2022, the violence struck yet again. Terra allegedly shot at him, in defense. Note: The state she's currently incarcerated in has a "Stand your Ground" law. Also, she is registered and licensed to carry. His injuries were non-life threatening. In fact, he was discharged from the hospital within days and is now back working and living his everyday life. As for Terra, she's still in jail on a $750,000 bond for first-degree attempted murder.

Her family is told that even if the guy drops the charges, the state may still prosecute her. This could possibly lead to a lot of time in jail. She has no prior records (misdemeanors or felonies). I want her case to be investigated deeply into the root of that night rather than treating this as a random crime.

Abusers have to be held accountable for the crimes they commit against their victims. Why are we prosecuting and making the victims suffer years behind bars, yet their abusers get a slap on their hands? The system needs to do better.

Because my daughter and so many others who defended themselves are behind bars.