To: City of Sioux Falls leaders & Hyvee need to address this issue 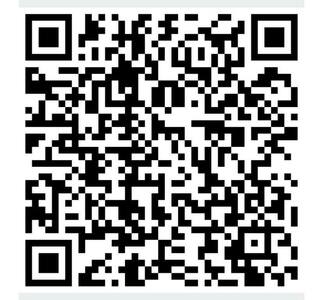 We need community input and leadership centering the basic needs of most marginalized in our community that will be the most impacted by this closing.

City leaders, council members, and Hyvee need to extend the closing date and provide an opportunity for open & democratic community commentary before making this closure.

The people who live in the neighborhoods surrounding this store do not have many options for groceries or other necessities provided by this store. It previously was a locally owned Sunshine at least since 1995 serving this neighborhood. Having a community centered grocery is something valued in Sioux Falls as we see with stores like Sunshine, Franklin, and Andy's as well as Hyvee and other larger grocery chains.

From a Sioux Falls resident Tray: "Creating food deserts is a part of systemic racism. The group of folks who were let go from Kmart apply to this Hy-Vee only to be moved farther from their homes. I grew up eating here when I was younger and it was Sunshine and now I shop here as an adult. This is disheartening."

The people that surround this store will have less options that are accessible for healthy food.

We as a community need to know how their needs will be met.

Update 12/13/21 from community members:
We feel this will be a LASTING impression on ALL the residents of Sioux Falls as to how a well known business as Hyvee responds to the pleas of the disadvantaged and handicapped in the community.

Hyvee is removing access & affordability from those who truly need it. Almost 3 miles to travel to the nearest 26th Hyvee grocery will affect many who do not have transportation. Adding the rising cost of groceries and gas prices. Closing the store would place an extra burden on them.

THE STORE IS PROFITABLE: Mayor TenHaken said:"Hy-Vee confirmed themselves they were running a profitable store; but it just doesn't fit into their portfolio services anymore.

THOSE IMPACTED: THIS store important to the FIREFIGHTERS who need to cook for the first responders at their stations, as well as AIR NATIONAL GUARD troops who shop there.
Hy-Vee closing creates a food desert and strains area NON PROFITS. MANY in the area WALK or bicycle, many have small CHILDREN, many are single mothers, elderly or disabled.

APARTMENT OWNERS AND TENANTS An important must-have when apartment hunting often involves the presence of a grocery store within a few blocks. OWNERS AND TENANTS of the numerous apartment complexes which Kiwanis Hyvee serves would also feel the impact of this store closure.

Those with no access to a vehichle, who walk to the store who WILL have NO way they can think of now to travel 3 miles to the closest grocery store if the Kiwanis store closes.

Sioux Falls has 6 recognized food deserts by the U.S. Dept of Agriculture, where a grocery store is more than a mile away in a predominantly low-income neighborhood. Hy-Vee's store close will likely add another food desert in the nw-central neighborhoods based on high concentrations of low income rental properties.

MICHELLE ERPENBACH Exec dir of Thrive, said: "..that neighborhood needs a reasonable grocery store and now they don't have it. It's ignoring them," "We're watching
a gap open up in front of our eyes. What do we do about that as a community? Are we going to let that gap open and let people fall in?

"There's absolutely going to be food inequity with this closure," Mayor Paul TenHaken said. "With this Hy-Vee closure, it leaves a very large gap.-

question THERE SEEMS TO BE A CONFLICTING REASON FOR CLOSING THIS STORE , 2 PEOPLE QUOTED IN NEWS ARTICLES SAY 2 OPPOSING REASONS . I WONDER WHICH IS CORRECT: https://www.argusleader.com/story/news/2021/12/08/food-deserts-could-increase-in-sioux-falls-after-hyvee-closure-feeding-south-dakota/8836062002/
1."We know there is demand, and Hy-Vee confirmed themselves they were running a profitable store; but it just doesn't fit into their portfolio services anymore. That need will get filled in due time," TenHaken said.

https://www.msn.com/en-us/money/companies/sioux-falls-hy-vee-to-close-will-be-repurposed-as-non-retail-site/ar-AARm36k
2. Tina Potthoff, senior vice president of communications for Hy-Vee. Unfortunately, this location did not consistently meet our financial expectations.”

The change is due to increased growth and demand for pharmacy and baking service in Sioux Falls, Potthoff added."We need the additional space to keep up with demand," Potthoff said in an emailed statement. "We want sales to reflect the quality of value we’re bringing to the store and the customer service we’re providing. Unfortunately, this location did not consistently meet our financial expectations.” Potthoff did acknowledge that closing the Kiwanis location would widen food deserts in the northwestern part of Sioux Falls. She said that Aisles Online accepts EBT payments and said that Hy-Vee will "look at ways to further address" the issue. ...Sounds kind of vague...I wonder what ways they are looking at and at what time on the future???

One of the most difficult situations we face as a community is that lack of decisions makers courageous enough to make a stand on this issue.
We're hoping to approach the city leaders, council members, and Hyvee to provide an opportunity for community commentary.

We have created a QR code to share for signing and are looking at ways to help people show up.

Some great work being done by others in our community around advocacy and education - check out these links! While Hyvee is a business - they're also a member of our community. Just as citizens have a responsibility to pay taxes and be involved so do companies like Hyvee have responsibilities the people who pay tax that maintain their ability to thrive.
https://www.sfsimplified.com/why-fixing-food-deserts-will-take-more-than-a-new-grocery-store/