To: Deborah Bial and the Posse Foundation's National Board of Directors 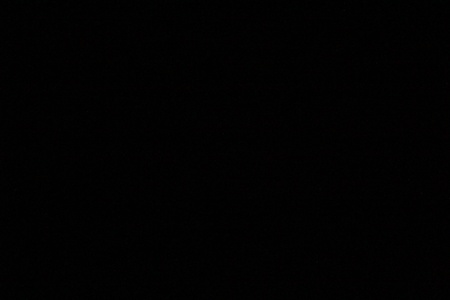 We request that the Posse Foundation shifts its social, political, and economic resources to create a national Posse Peace Program.

To Posse National, Posse Alumni, Current Posse Scholars, and all friends/supporters of Posse,

Based on the 2019 Posse Alumni Report, the Black community makes up the greatest percentage by race of our reported alumni and together with the Latinx community represents the majority. Therefore, the majority of our Posse community is facing racial injustices head-on and deserves to be supported by the organization, which quite frankly benefits from the systemic injustices that exist in this nation - specifically educational inequity. There would be no Posse without the Black community.

As Debbie Bial explained in her June 2nd email, we too believe that this is precisely the time to tap into our collective capacity as an organization. But words like “leverage” and “network”, we are afraid, are performative at best, and complicit at worst. It has become evident that moral support and statements are not what drive progress. Action does. We request that The Posse Foundation publicly support, advance and adopt the three efforts below in a much needed attempt to combat racial injustice:

We request that The Posse Foundation publicly support the NAACP’s 10 demands for all police departments. These 10 demands also align with the #wearedonedying social justice movement campaign. We believe this is a key step towards lessening police brutality nationwide and elevating the importance of Black and brown lives.

We request that The Posse Foundation publicly support the #8toAbolition campaign whose chief priorities are to “focus on concrete actions such as reducing police budgets, rather than introducing abstract procedural rules that are easily undercut by police”. Conversely, the 8cantwait campaign has already been adopted in a variety of states, yet continues to prove ineffective at curtailing the gestapo-like tactics that continually claim Black lives for sport. The #8toAbolition mission forces us to reimagine this country without police. A country that heals and nourishes communities of color rather than criminalizing and crippling them.

We have seen organizations use their gifts/resources/power to put weight behind their words. Ben & Jerry’s issued a powerful statement calling for action to “Dismantle White Supremacy”. Twitter’s CEO Jack Dorsey donated $3 million dollars to Colin Kaepernick’s “Know Your Rights Campaign.” LA Mayor Eric Garcetti cut $150 million from LAPD and is planning to reinvest in communities of color. Reddit Co-Founder Alexis Ohanian resigned from its board and is asking for his seat to be filled with a Black candidate. Even beauty companies are stepping up to the plate. Everlane is donating $75,000 to the ACLU and EJI, respectively. Anastasia pledged $1 million dollars and several others followed suit.

Below are the ideas and on how The Posse Foundation can go about creating a “Posse Peace Program”:

1) Similar to PNAAC representatives, Posse city sites will work with appointed peace representatives in each city to fully support our scholars who risk their safety at protests. The representative will help disseminate protest information. They will remain peaceful at protests via adhering to a set of guidelines that scholars, alumni, and the Posse Leadership Team will have agreed upon..

2) Allocate funding to gather/provide materials for protesters: face masks, gas masks, heat resistant gloves, protective eyewear, protective headgear, earplugs, elbow/knee pads, and water. While it pains us that protection is necessary, it is necessary nonetheless. In many states across the U.S. peaceful protesters have been met with violence, so we must take a “hope for the best, but prepare for the worst” stance. If you do not fear for your life the way we do, then your privilege allows you to do so.

3) If adopted, The Posse Foundation should publicly announce the start of the Posse Peace Program initiative to scholars, alumni, donors, employees, etc.

4) The Posse Foundation should also encourage members of its sites’ staff to be present at these peaceful protests and demonstrations.

To our Posse family, we are certain we are not alone in feeling the urgency of this moment. Therefore, we have created a petition to solicit signatures from Posse scholars and alumni across the national network. Click here to sign the petition.

To Posse National, we expect you to take these requests to heart & we look forward to collaborating in the very near future. #WeAreDoneDying and we are done asking.

Lastly, if you would like to to share thoughts and opinions on the petition, the role of Posse in ending racial injustice, etc., click here. ---> https://forms.gle/4L2no82tDiDwcSNq5

Sincerely, and with Posse Love,