Speaker Pelosi: Please Start A Discharge Petition For H.R. 4363, For A Vote 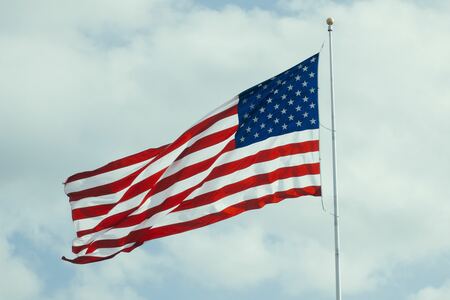 Speaker Pelosi, in your role as Speaker of the House, you have spoken about, “building an economy that gives all Americans the tools they need to succeed in the 21st century; public education, workforce development, good-paying jobs and secure pensions.” These are noble ideas, however, these very same goals are being deliberately denied to millions of Americans living abroad because of citizenship-based taxation. Your fellow citizens overseas have spent countless time and effort to bring their problems to their representatives' attention over many years. Most of the responses have expressed little concern for their hardships.

As you may know, U.S. extraterritorial laws are having a deleterious effect on millions of Americans and non-citizens. There are numerous life-impacting concerns:

-- Many Americans face restricted banking services. Bank accounts are being closed because Americans impose significant risks to them. How can anyone survive without a bank account?
-- Americans cannot advance in organizations because of onerous reporting requirements
-- They cannot follow sound financial planning enjoyed by Americans stateside
-- They have a separate and more punitive tax code, akin to Jim Crow
-- Many cannot structure businesses appropriately to plan for their pensions without significant financial penalties
-- They are not counted in the Census
-- etc.,

Representatives Maloney and Beyer have listened to the Americans abroad community and have observed the disproportionate impact U.S. laws are having on millions of us. They have crafted bill H.R. 4363 — The Commission on Americans Living Abroad Act — to examine the associated problems with federal laws and policies affect United States citizens living overseas. To be fair, other legislatures such as Rep Holding and Rep Titus and people in numerous government departments have worked diligently to design bills to ease burdensome citizenship-based taxation laws. They should all be applauded for their efforts.

Representatives Maloney and Beyer's bill calls for establishing a Commission to:

— Examine the impact of federal laws and policies on American citizens
— To provide reports to the President, Congress and heads of federal agencies
— To hold hearings and sessions
— Gather official data

There is authorized funding of $2,000,000 for each fiscal year 2020 and 2021 to the Commission to carry out this Act, and to remain available until the termination of the Commission. It is important to get this legislation acted on immediately.

Americans abroad are exasperated by Congressional inaction on tax reform but we still have hope. Living overseas should not be a criminal offense, but that is the way the tax code treats us.

It is past time for Congress to vote on this vital bill. Please start a discharge petition for H.R. 4363: Commission on Americans Living Abroad Act of 2019.

We need to act now!

Americans living overseas are subject to a separate and substantially more punitive tax code than stateside Americans. This is grossly unfair. Furthermore, the United States government has demonstrated little to no concern about the well-being of its overseas diaspora. As a result, many false narratives from many sources have surfaced that mischaracterize the real situation on the ground. H.R. 4363 should layout what is really going on and set the record straight.

It is vitally important Congress act on this legislation to safeguard the lives of millions of Americans abroad from financial ruin.