MoveOn has not yet reviewed this petition. If you agree with it, please sign and share it!

To: President Donald J Trump And Department of Justice 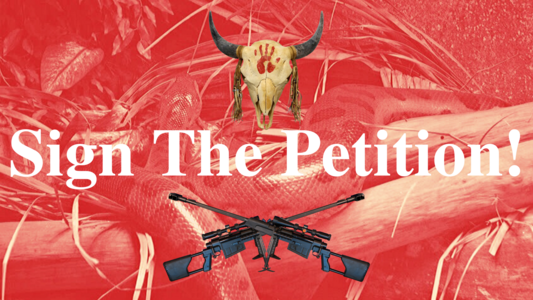 “We the people” of the United States of America, sign this petition in agreement with the writers of this petition, to charge ethnic White Latino and Mexican gangs who have willfully confessed that their intent is to ethnic cleanse and willfully destroy the so-called African-American peoples AKA American Indians with acts and crimes of genocide. The crimes that we charge them with fall under the
18 U.S. Code § 1091.Genocide ( https://www.law.cornell.edu/uscode/text/18/1091). They also fall under the act of genocide according to the present “Convention on the Prevention and Punishment of the Crime of Genocide”, which means any of the following acts committed in whole or in part, to a national, ethnical, racial or religious group, as such: (a) Killing members of the group; (b) Causing serious bodily or mental harm to members of the group; (c) Deliberately inflicting on the group conditions of life calculated to bring about its physical destruction in whole or in part; (d) Imposing measures intended to prevent births within the group; (e) Forcibly transferring children of the group to another group

Click here to Donate to our legal fund: https://thehindsightproject.org/donate-2/

According to the Federal Government and the Department of Justice, these acts have been going on for more than seven decades and is being called one of the “largest civil rights indictments in local history,” alleging that the gang members ruthlessly waged a race-fueled campaign against innocent African American families AKA, American Indian Original people—all with young children—to get them off their prized “turf”.

Despite the Federal Government and the Department of Justice’s efforts to put an end to these genocidal acts, we find that charging these criminals with civil rights’ indictments and other minor crimes is not enough to stop these systematic killings. Many of them get minimal sentencing and early parole, only to become repeat offenders. Therefore the only obvious course of action is to charge genocide.
We thank you in advance.

THE CALL TO ACTION:
~Must be Categorized as acts of genocide as according to the laws of genocide

~To publicize the Mexican War on America's Original Peoples

~We demand Criminal record of offenses be kept open. This is why this is important to us.. Because these Mexican and Latino gangs have confessed to these acts.. Therefore It is unlawful to hide or change the act to keep it from being brought to light.. It should be categorized as Genocide and set to formal record.

~Sentencing and Punishment must be carried out according to the laws of genocide.

~Call for immigration Laws to be enforced

~Call to enforce the Antiterrorism and Effective Death Penalty Act (AEDPA) of 1996.

Click here to Donate to our legal fund: https://thehindsightproject.org/donate-2/

~We demand a Reparations Agreement to be paid these Americans for the costs of "resettling and uprooting and destitute and displacement of Americans during and after the declared war, and to compensate individual Americans, on Material Claims Against all participants against America, for losses in the peoples livelihood and property resulting from persecution of ethnic White Latino and Mexican gangs.

Please review our genocide podcast in the Its Time To Talk About it website:
https://anchor.fm/its-time-to-talk-about-it