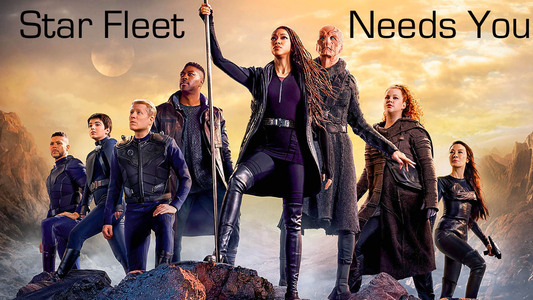 "Whether you are a fan of Star Trek or not the following has universal appeal to all. "A dream that became a reality and spread throughout the stars."
– James T. Kirk, 2269 (TOS - "Whom Gods Destroy")
"The United Federation of Planets was a supranational interstellar union of multiple planetary nation-states that operated semi-autonomously under a single central government, founded on the principles of liberty, equality, peace, justice, and progress, with the purpose of furthering the universal rights of all sentient life. Federation members exchange knowledge and resources to facilitate peaceful cooperation, scientific development, space exploration, and MUTUAL DEFENSE."**
I've emphasized "Mutual Defense" because its important! While an obvious interpretation is "military defense", it also means Mutual Defense of Morals, Mutual Defense as in Care of Each Other.
The US Senate are the rare few who are given the honor and duty of representing us all. But Minority Leader McConnell has vowed to put all of his efforts into blocking Democratic legislations to help all of us. We need to pass the President's Infrastructure Bill, the country needs roads, bridges, transportation, Broadband Internet, and We Need Clean Water. We need to Pass the For the People to help protect us from malicious voter suppression bills that are being passed by State Legislatures in multiple states. We need to have a commission to investigate the seditious attack on the Capitol on Jan. 6th, who are the Republican's trying to protect? We also need to Pass the George Floyd Justice in Policing Act, The John Lewis Act, The Equality Act, The Pro Act, The Breathe Act, American Jobs Plan, American Families Plan, and Washington DC (our nation's great Capitol, is home to 712,000 people that are taxed hire per capita than any other state) should 100 percent be a state! We need common sense gun control like Mandatory Background Checks. We need the multiple Immigration Acts to Pass, We must raise taxes for the wealthiest one percent, they must pay their fair share, TAX THE RICH, We need NON-TRUMP JUDGES and damn it WE DIRELY NEED CLIMATE CARE!!

WE NEED ALL THE THINGS NOW! WE CAN'T HAVE ANY OF THE THINGS WITHOUT ENDING THE FILIBUSTER!

The Conservative Dems like Joe Manchin (WV) and Kristen Sinema (AZ) have said they want bi-partisanship. We have tried this to no avail. The Republican Senators do not represent the majority of the country, they do not speak for all of us, and they do not even speak for their constituents they claim to be speaking for. These policies are overwhelmingly popular with over 80 percent of the country's population. Enough is Enough. The Filibuster was established to protect Systematic Racism, and it continues to be in the way of changing that racist system.We need all of our Democratic Senators to ABOLISH THE FILIBUSTER NOW because WE NEED ALL THE THINGS NOW!!